In the 100th year since the first women gained the right to vote, Polly Trenow chronicles the life of a true unsung Suffolk heroine and campaigner for women’s suffrage, who will finally be nationally recognised this month

In the great square outside the Houses of Parliament in London are currently 11 statues, each one commemorating a great historical figure. They are all men. In April this will change when the very first statue of a woman will be unveiled in Parliament Square, that of Suffolk’s own Millicent Garrett Fawcett.

Millicent Garrett Fawcett dedicated her life to gaining the vote for women. Suffrage - the right to vote in elections - had only ever been available to men because women were not considered physically or mentally strong enough to deal with complicated things like politics or governing a country.

It was believed they should focus on home-making, raising children and supporting their husbands. Millicent fiercely disagreed. She thought women were equally as capable as men and, as they had to live under the rule of a government and pay taxes, they should have a say in that government.

Although she faced decades of rejection by successive governments, public criticism for daring to speak out and a divided women’s movement, Millicent Fawcett fought tirelessly for the rights of women in the UK and beyond. She also campaigned against slavery, for raising the age of consent and for criminalising incest. She ran an investigation into the conditions of concentration camps during the Boer War, and co-founded Newnham College, Cambridge. 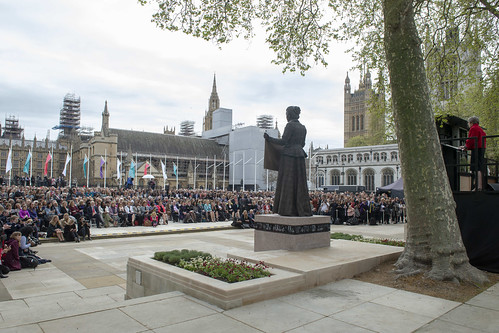 She wrote successful books on politics as well as fiction and was a sought-after public speaker, travelling the length and breadth of the country to address large audiences. And she did all this while supporting her blind husband in his seat in Parliament, raising a daughter and running two households, one in London, the other in Aldeburgh.

Millicent was, in all respects, an astonishing woman, arguably Suffolk’s finest daughter. Little wonder BBC Radio 4 listeners recently voted her ‘the most influential woman of the last 100 years’. But how did this young girl raised in the small fishing town of Aldeburgh come to be so formidable, and why has she hitherto been so little recognised?

Millicent’s father Newson Garrett, a successful entrepreneur, moved the family from London to Aldeburgh when he set up a business in neighbouring town of Leiston and built the Maltings at Snape as well as other industrial buildings in the area.

He married a Suffolk woman, Louisa Dunnell, and they had 10 children among whom were two extraordinary daughters. Elizabeth became England’s first woman doctor and, as mayor of Aldeburgh, was England’s first female mayor. Millicent went on to change the face of women’s rights forever.

Education was important in the making of these women. Millicent was educated by their mother, because there was no school in Aldeburgh, and then, unusually for those days, was sent to boarding school in Blackheath, where she sharpened her interest in politics. Her sisters recounted how she would sit them down and lecture them, in their house at Uplands opposite Aldeburgh Church, on the issues of the day.

Her interest in politics and women’s rights was further stimulated by regular visits from family friend Emily Davies, a lifelong campaigner for education for women and founder of Girton College, Cambridge. Emily introduced Millicent and her sisters to the ‘Ladies of Langham Place’, perhaps the earliest feminist group in the UK.

At the time, women were barred from voting locally or nationally, apart from a small minority of property-owning women who were allowed to vote in parish elections. Most politicians opposed giving women the right to vote, but the great philosopher and Liberal party MP, John Stuart Mill, was an exception.

Snape Maltings - could see extra visitors due to the Springwatch effect.

One night, Millicent and her sisters joined Emily Davies to hear Mill speak on the issue of women’s enfranchisement. His speech left a big impression on Millicent and she vowed to join his campaign.

Still only 19, she became secretary of the London Society for Women’s Suffrage and collected signatures in support of Stuart Mill’s petition to Parliament, even though she was still considered too young to sign it. The petition was rejected, as was a subsequent amendment to the Reform Bill put forward by Mill, but these setbacks only strengthened Millicent’s determination.

That same year she married Henry Fawcett, a blind Cambridge academic and Liberal candidate for Brighton, renowned for his radicalism. Millicent helped her husband in his political career and he opened political doors for her.

A year later they had their only child, Phillipa, but marriage and motherhood couldn’t stop Millicent’s work. If there was suffrage activity going on, she had a hand in it.

Local societies opened up all over England. Millicent Fawcett and her peaceful ‘suffragist’ movement marched, held public rallies and did much of the dull but important letter-writing, signature-gathering and committee-organising needed to garner public support.

She was renowned as a speaker and travelled widely promoting women’s suffrage, as well as working closely with her husband to lobby the prime minister. But they met with little success. The 1884 Reform Act was passed extending the right to vote to a further six million men, but still excluding all women.

Henry was so disappointed he considered resigning his seat in Parliament, but within the month was taken ill with pneumonia. He died just weeks before the Act was given royal assent. Grieving and widowed at just 37, Millicent moved to Bloomsbury with her daughter, and sister Agnes.

She kept Alde House in Aldeburgh, just down the road from her old family home and close to her sister, Elizabeth Garrett Anderson.

Frustrated by lack of progress, a group of women, including the Pankhurst family, began their own radical movement, the suffragettes, specialising in high-profile public campaigns. At first, Millicent and her peaceful suffragists welcomed this, hoping it would bring more attention to the cause.

She was elected president of the National Union of Women’s Suffrage Societies, the body representing the 17 suffrage societies with 100,000 members across Britain. They held rallies, created petitions, printed newspapers and distributed information, primarily aimed at the ruling Liberal Party.

Then, in 1910, came exciting news, the proposal for a Conciliation Bill that would allow a small group of property-owning women the vote. This was huge. Even Emmeline Pankhurst, leader of the radical Women’s Social and Political Union (WSPU), agreed to cease all militant activities while the Bill was considered.

Millicent Fawcett (fourth from the left, in the bottom row) at a Suffrage Alliance Congress in London in 1909

But despite parliamentary support, Prime Minister Herbert Asquith shelved the bill, twice, claiming that he wanted to wait until his party had a clear majority in Parliament.

The WSPU were no longer prepared to be patient. On November 21, 1911, suffragettes took to the streets, smashing the windows of the Houses of Parliament, newspaper offices in Fleet Street and the homes of prominent Liberal politicians. Millicent was horrified, and felt forced to distance herself from the radical suffrage movement.

Such violent action cast a shadow over the cause, and the peaceful suffragists felt they needed to stage a major public event with no violence. The NUWSS invited members to join a pilgrimage to Parliament. Millicent, now aged 66, took an active part, walking with the East Anglian Pilgrims and speaking at the final rally in Hyde Park to an estimated audience of 50,000 women.

The rally had a significant impact but within the year all attention was diverted to war. The NUWSS ceased all political activities and threw themselves into the war effort at home and on the front line. Women staffed field hospitals, drove ambulances and raised millions of pounds for a war that they’d had no say in. 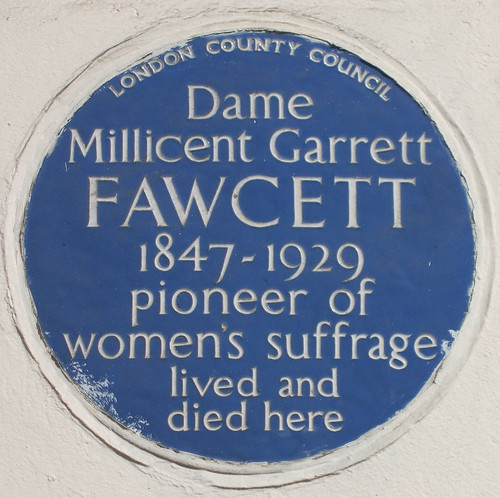 In 1917 Millicent led a deputation of representatives from 24 women’s suffrage societies to the new prime minister, Lloyd George. On January 10, 1918, Parliament debated the issue and Millicent watched as the Representation of People Act was finally passed, giving the vote to women who were over 30, householders, the wives of householders, occupiers of property with an annual rent of £5, or graduates of British universities.

Working class women were largely excluded but, at least, for the first time many hundreds of thousands of women took part in the election of December 1918, and one woman MP was elected, Constance Markievicz, although, as a member of Sinn Fein, she did not take her seat. At last women had a say in the government that ruled them.

It would be another 10 years before all women over 21 could vote. Millicent once again watched the debate and wrote: “It is almost exactly 61 years ago since I heard John Stuart Mill introduce his suffrage amendment to the Reform Bill on May 20th, 1867. So I have had extraordinary good luck in having seen the struggle from the beginning.” She died the following year, having finally seen her life’s work come to fruition. 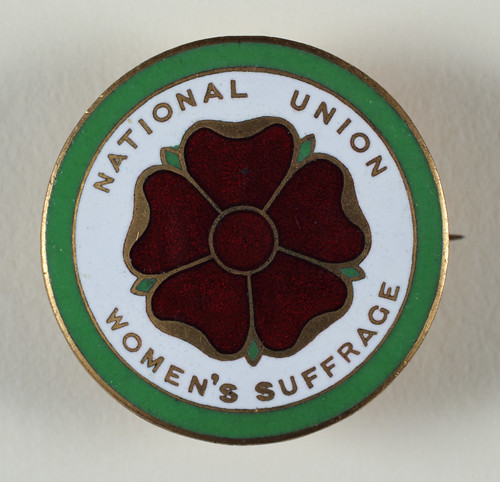 Suffolk’s own heroine changed women’s rights forever. This girl born in Aldeburgh to a mother from Dunwich, a girl who grew up by the East Anglian coast and kept a house in Suffolk until she died, became one of the most important women in British history.

Despite this, she has been under-recognised. She had been campaigning for a decade by the time Emmeline Pankhurst joined the Manchester National Society for Suffrage, but Emmeline became the poster-girl for women’s suffrage and was honoured with a statue near Parliament in 1930.

Now, almost 90 years later, Millicent Fawcett is finally getting the recognition she deserves. Her statue, created by artist Gillian Wearing, will stand alongside those of Winston Churchill, Abraham Lincoln and Nelson Mandela in Parliament Square. 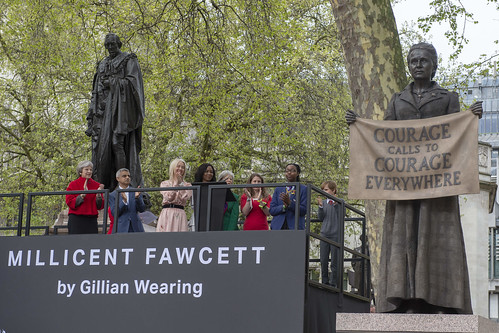 The Fawcett Society, renamed in 1953 from the London Society for Women’s Suffrage, carries on her good work, campaigning for women’s equality at home, at work and in public life and tackling issues such as the gender pay gap, women’s representation in Parliament and flexible working.

Much has changed in the 100 years since women first won the right to vote and it is certain that Millicent Fawcett, although pleased to see such progress, would be frustrated by how long it has taken, and how far, in some areas, we have to go.

Polly Trenow is a campaigner on women’s rights who lives in Suffolk. Find out more at www.pollytrenow.com

For more information about the work of The Fawcett Society go to www.fawcettsociety.org.uk