Follow the course of one of Suffolk’s magnificent rivers as they snake through towns, villages and beautiful countryside. Here are 9 great river walks for you to try

1) The Stour and Orwell from the Shotley Peninsula

The best way to enjoy the tip of Shotley Peninsula has to be on foot. Few Suffolk waterside walks leave such a big impression like a wander along the river banks and stony shoreline of the Orwell and Stour.

As well as following both of those rivers, this eight-mile stroll also heads inland where you get extensive views over this estuarine environment and to Erwarton, a location where it is said Anne Boleyn’s heart is buried in the local church. 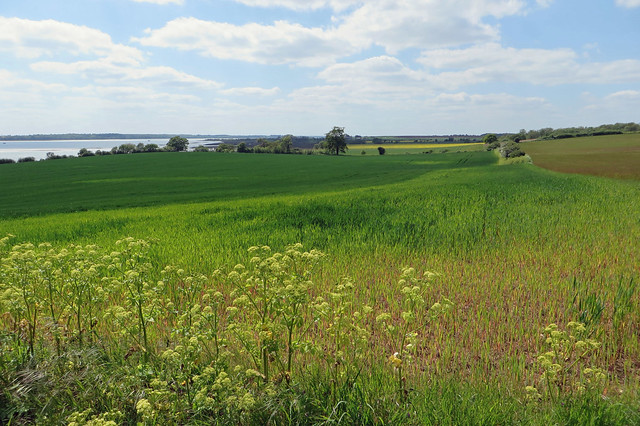 2) Along the banks of the River Orwell at Wherstead

You’ll experience a wide variety of habitats throughout this walk that explores the countryside on the west side of the river near the Orwell Bridge.

If you’re feeling a bit peckish while on your walk or want to pick up something for later, the route passes by Suffolk Food Hall and there you will be able to browse an unrivalled selection of fantastic produce made in the region. 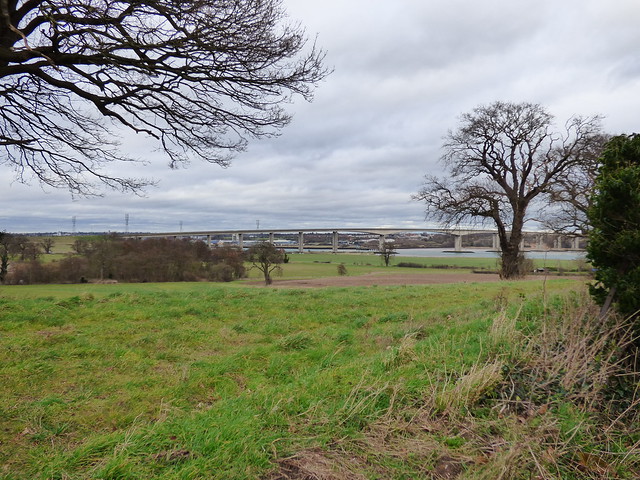 3) Between Melton and Woodbridge

As you edge into Woodbridge, along the riverside and rail-side path, down urban green lanes to Lime Kiln Quay and other boatyard sites past and present, imagine the 17th century shipyards here, which built vast Men o’ War from Framlingham forests for Edward III and Sir Francis Drake, and the Sovereign of the Seas, commissioned by Charles I, hailed as the largest ship of its time

These days you can watch swashbuckling stories and adventure movies in the Riverside Cinema, built as an original 1915 electric palace on an old slipway off Quay Street, although there is nothing to remember the bold local fellows who built the town’s largest ever ship there in 1675, the 663-ton Kingfisher. 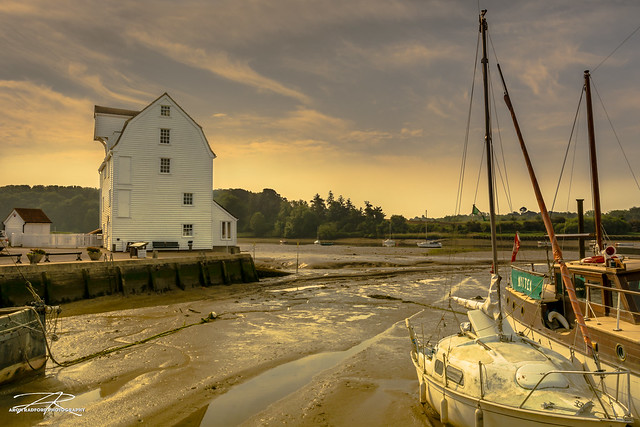 This magnificent path leads you through woodland, over wetland and along the River Alde all the way to Aldeburgh, ending six miles away at the Moot Hall on the seafront.

As well as incredible views of the river itself, wildlife thrives in the area and, depending on what time you take the walk, you’ll be able to spot curlew, Red Poll cattle, heron and numerous other species going about their daily business. 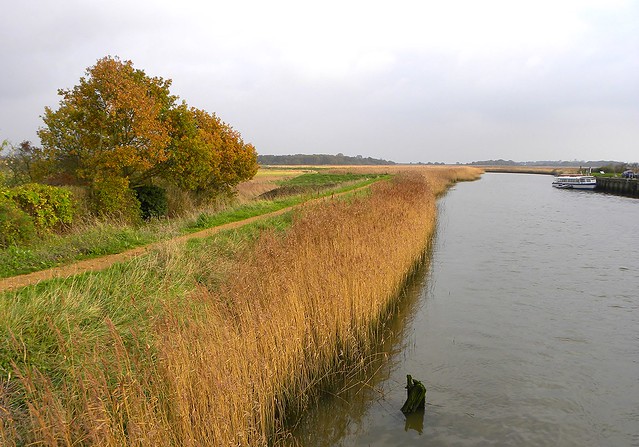 5) Alongside the River Blyth Navigation

The majority of this walk takes you along a stretch of the Blyth a few miles away from the coast before the river opens up at Walberswick where it meets the North Sea.

The navigation first opened in 1761 but closed 120 years later when the emergence of a railway at nearby Halesworth made the navigation redundant as a pathway for goods to reach settlements in the area. 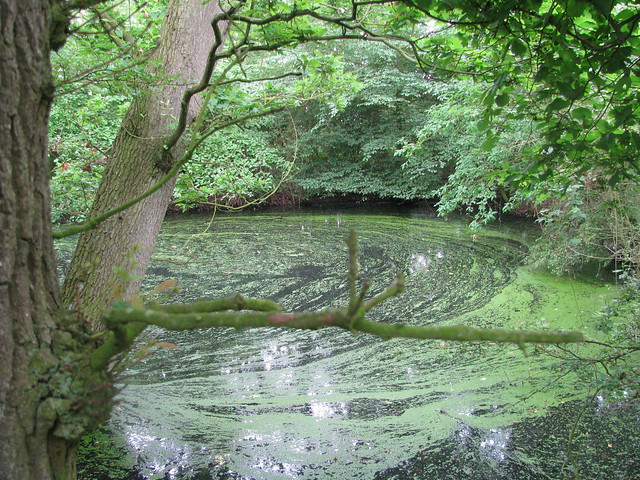 6) Angles Way between Bungay and Beccles

March off along the Angles Way, across Bungay’s water-meadows towards the Roman military site by Wainford Bridge and, even on a damp day, the assertive way-markers seem to suggest that you’re on the terra firma of an historic route, trodden if not by Romans, then 5th century Angle settlers at least.

As time-honoured trails go, the far-from-straightforward, meandering features might raise an eyebrow or two, but does it really matter if the ‘ancient’ trail turns out to be a neatly named, cunning confection and Ramblers’ Association ruse? 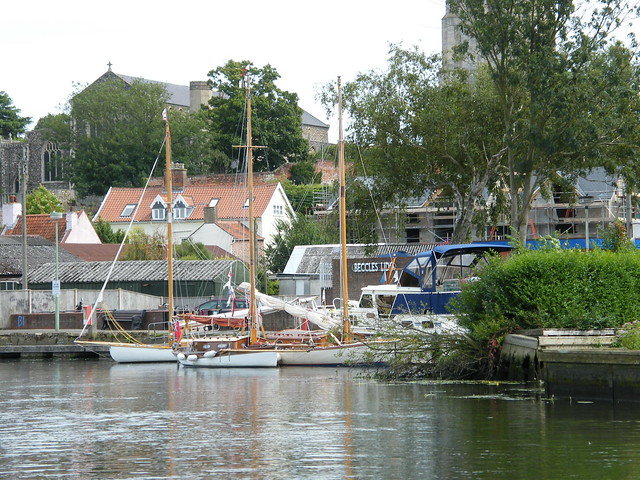 7) The River Gipping from Stowmarket to Claydon

Starting out in the industrial parts of Stowmarket you’ll follow the Gipping as it flows into the countryside, often with the railway closely following its course.

If you get a little weary while on the walk you’ve got a couple of options for a quick bite to eat or drink: Needham Market is near enough the halfway point of the route or Baylham House Farm has a cracking on-site cafe. 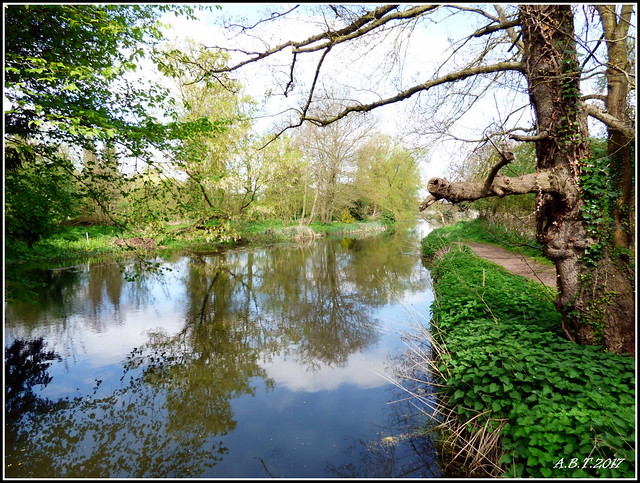 Covering 15 miles between Mildenhall and Bury St Edmunds, this walk is certainly longer than most of the others on this list but it is by no means excessively demanding.

Along the way there are several points of interest that could provide a welcome distraction including the attractive Culford School, Lackford Lakes where you may spot a kingfisher, West Stow Anglo-Saxon Village and Cavenham Heath National Nature Reserve. 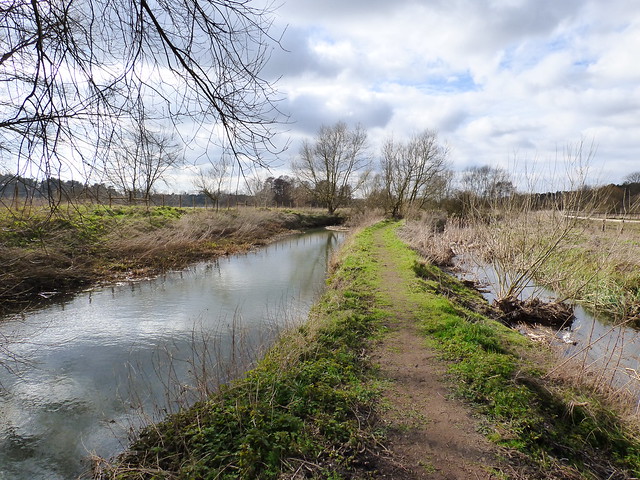 9) The Dedham Vale around Nayland

No list covering Suffolk’s best river walks would be complete without featuring at least one route exploring the River Stour as it snakes through the beautiful Constable Country.

The first part of this walk sticks close to Nayland while the second part - which is entirely optional - takes you further into the countryside to find the painting of a medieval dragon on a Norman church in Wissington. The route crosses over to Essex for a little while before bringing you back into Nayland. 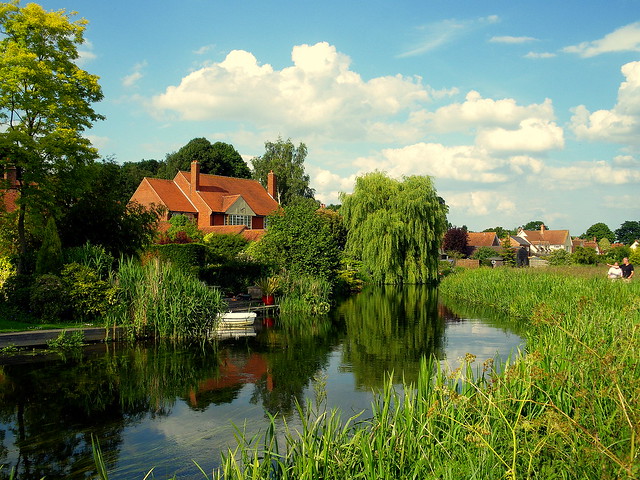