It may be Suffolk’s coastal towns and villages that largely get all the attention but our county town has been one Britain’s most important port locations and has an incredibly rich culture and heritage. Here are 24 reasons you should love Ipswich

1) Ipswich is one of the oldest inhabited English towns with over 650 listed buildings. These include Christchurch Mansion, the Ancient House, the Unitarian Meeting House, Isaacs and a collection of Victorian buildings which dot the high street. 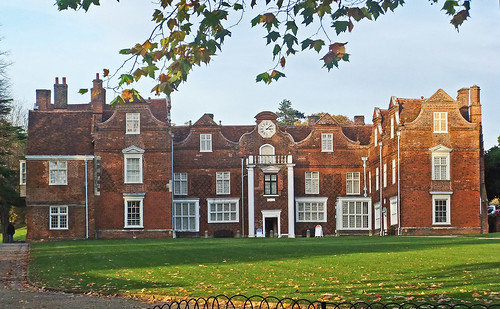 2) There are 12 Medieval churches which have been part of the Ipswich history for centuries. They have important features with St Lawrence having the oldest ring of five bells in the Christian world. 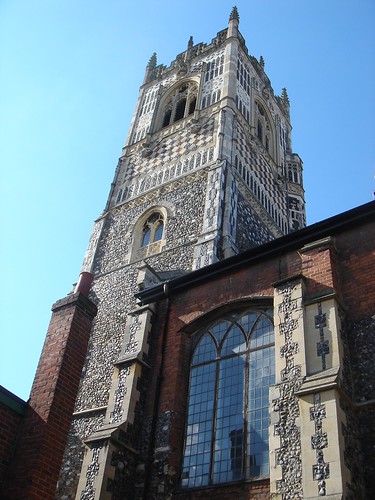 3) See Ipswich from the river. Orwell River Cruises run a number of different cruises throughout the year and this truly is the best way to see the town and its surrounding riverside locations. 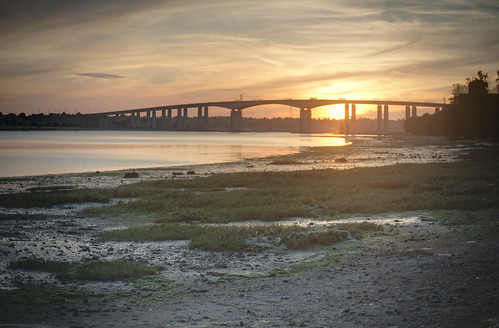 4) Ipswich has one of the most extensive and beautiful collections of centrally located parks. There's Christchurch, Chantry and Holywells. Christchurch Park has 70-arces of parkland and the Tudor Christchurch Mansion. 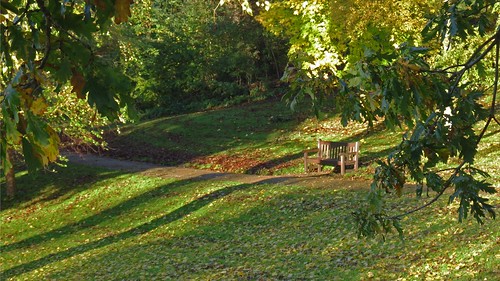 5) Shopping. There's plenty of shops in the town centre with a good selection of chain and independent stores. Plus two shopping malls - Buttermarket and Sailmakers. 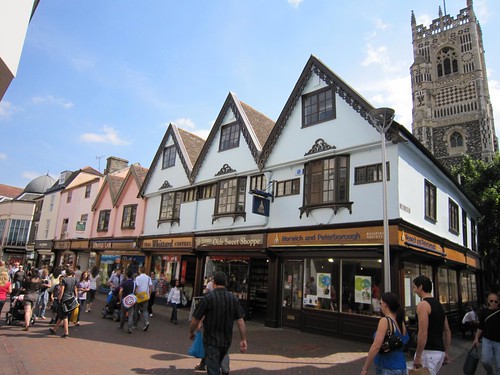 6) St Nicholas Street and St Peters Street, 'The Saints', in the town centre are well worth a visit for a wonderful array of individual shops and restaurants with unique character. 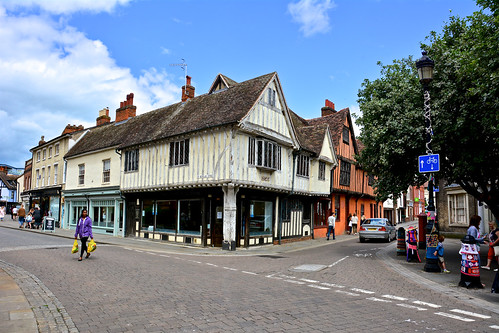 7) Ipswich Maritime Festival takes place along Customs House Quay all day for a couple of days over August. There will be plenty of free activities for all the family to enjoy including, demonstrations, displays, opportunities to make items, live music, dance performances, workshops, a fun fair, a food and drink market and the chance to climb on board and look at the vessels. 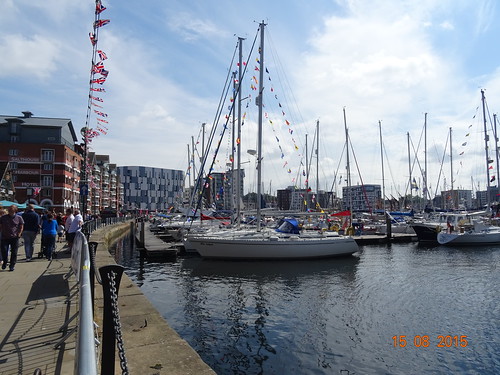 8) Families and those who seek historic tales about the town can visit one of the major museums or visitor attractions. There's Christchurch Mansion - home to the biggest collection of Thomas Gainsborough and John Constable paintings outside London - The High Street Museum and the Ipswich Transport Museum with the largest collection of transport items in Britain, including items that were either made or used in and around Ipswich. 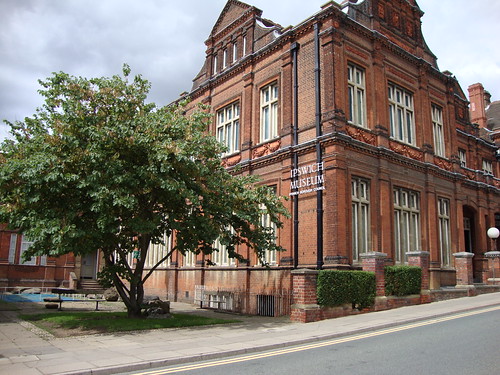 9) If it's culture you seek, then Ipswich is an entertainment centre in its own right with a good choice of theatres and smaller venues including The New Wolsey Theatre and the Sir John Mills Theatre. The biggest venue is the Regent Theatre, which can seat more than 1,500 and attracts major acts from across the country. They also come to the Corn Exchange in the centre of town, which hosts live music and events.

10) See a film: Cineworld cinema in Cardinal Park has 11 screens and seating for 500 people. The Ipswich Film Theatre has two screens and shows a full programme of main release and art house films. 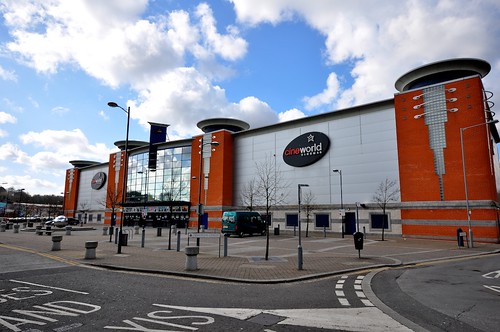 11) Go for a walk . . . do The Waterfront Wander and other weekend walks around the town. For more details call Ipswich Tourist Guides Association on 01473 258070 - they also run special blue plaque walks that look at specific parts of the town's history. 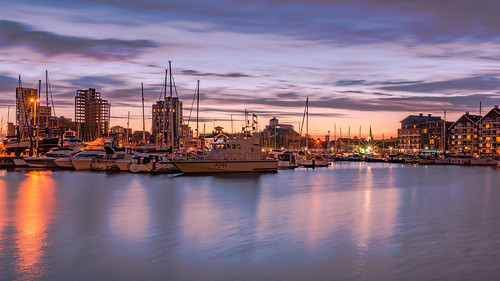 12) Ipswich plays host to a wide range of festivals and other events throughout the year, including Ip-Art, Music in the Park, the Spill Festival, the Pulse Festival, The Ipswich Maritime Festival, The Ipswich Beer Festival, The Scouts' Fireworks display in Christchurch park, craft markets and special markets along the Waterfront and Saints. These make an exciting programme of events which locals and visitors alike can enjoy.

13) Amazing real ale made right in the heart of Ipswich from Briarbank - they also host a beer festival and a homebrew competition.

14) One of the county's best pubs in the form of the Arcade Street Tavern. The pub was voted as pub of the year in our food & drink awards for 2017 and stocks a number of unusual beers, ciders and spirits.

15) The historic waterfront area is a massive regeneration project and has some exciting developments including bars, hotels and restaurants. It's easy to get to on foot so it's well worth taking a walk by the marina to see all the luxury boats, grab a bite and enjoy the views on a warm day. 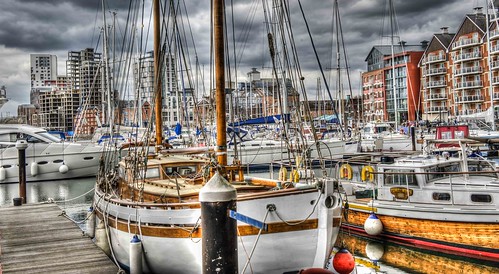 16) The port of Ipswich is situated at the head of the River Orwell and 12 miles from the open sea. It is within a short sailing time from the north sea shipping lanes. The port handles over three million tonnes of cargo each year and handles around 200,000 cubic meters per annum of various timber products from Scandinavia and the Baltic States, plus much more.

17) Suffolk New College and University of Suffolk play an important role in creating a skilled, educated workforce for Suffolk as well as providing further education for young people on their doorstep.

Here are a few more places to visit in Suffolk:

18) With green spaces, urban sights and quick, easy access to riverside locations, Ipswich boasts a variety of fantastic running routes for all types of ability and taste. 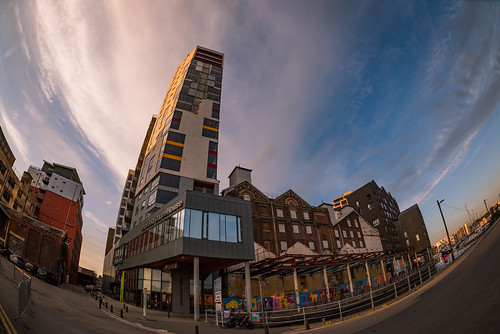 19) Famous Ipswich people . . . One of the most famous people born in Ipswich was the Tudor Thomas Wolsey. Artist Thomas Gainsborough worked in the town, Lord Nelson become steward of Ipswich and the infamous Margaret Catchpole lived and worked here. 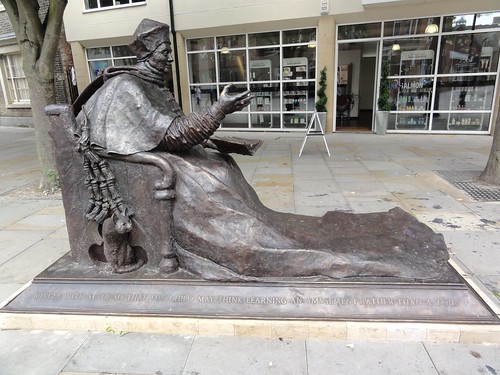 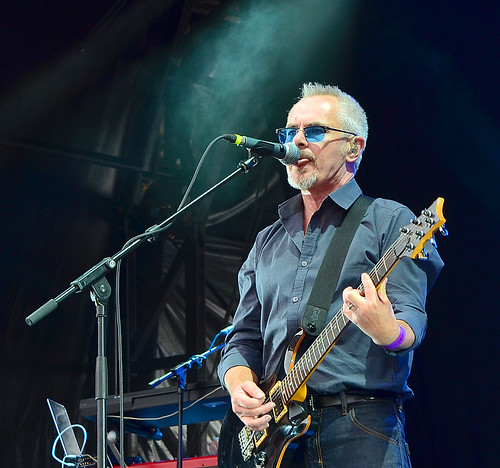 21) English actor Ralph Fiennes was born in Ipswich Hospital but his parents were living near Southwold. Also actor Richard Ayoade who plays Maurice Moss in the television series the IT Crowd, was raised in Ipswich. Extreme metal band, Cradle of Filth also featured songs about Suffolk and lead singer Dani Filth married his girlfriend Toni in 2005 in Ipswich. 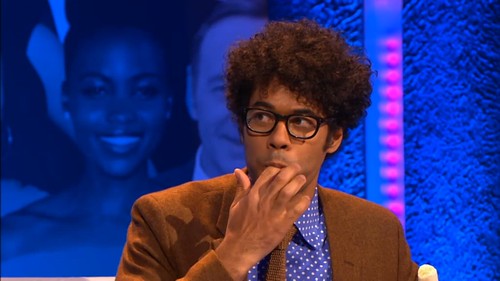 22) Did you know? Ipswich is twinned with Arras, France and there is also an Ipswich in Australia. 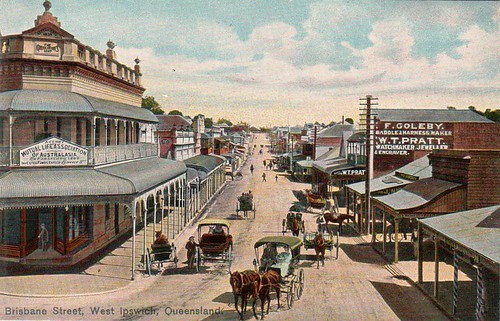 23) Ipswich Cycling Weekend takes place every August and has a range of routes from 55km in length all the way up to 100 miles, each covering the most beautiful parts of our county's countryside and coast. 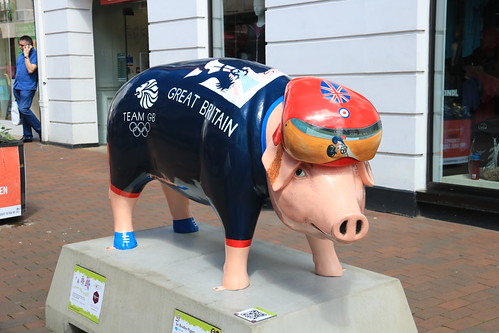 24) Ipswich Town FC was formed as an amateur club in 1878, and in 1936 turned professional. Famous managers include Alf Ramsey and Bobby Robson. 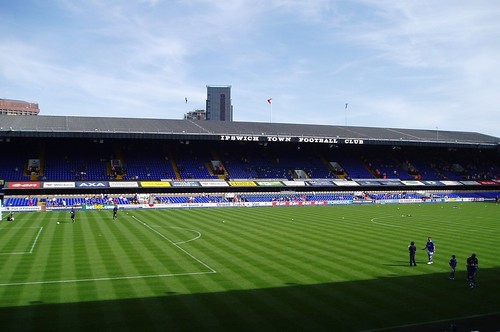 5 things to do in Suffolk this weekend

A to Z of Suffolk’s independent food and drink producers

Happy Hour at The Outlook

11 top films about the Battle of Britain: 80th anniversary commemoration