What will Suffolk’s AONBs look like in another 50 years?

As the county’s AONBs celebrate their half-century we ask how Suffolk will ensure it’s still a beautiful place to live, work and visit in another 50 years

The pressures on Suffolk’s distinctive character, its natural assets and its unique heritage have never been greater. Suffolk is a busy, working county with a vibrant, diverse economy, and tourism is an increasingly important part of that economy.

We need efficient, state-of-the-art infrastructure – roads, energy, communications – but not at the cost of the beautiful natural environment that attracts so many visitors to our coast and countryside.

So how do we secure Suffolk’s future as a progressive, modern society, culturally rich, equipped to provide meaningful opportunities for business, education and employment, without burying its fragile landscape under concrete and tarmac, and inappropriate development?

We asked two organisations who share the same aims – to ensure Suffolk’s place as a highly desirable place to live, work and visit – for their views.

World War ll defences and dunes on Minsmere seafront with Sizewell B in the background Picture: David Tipling/RSPB

‘Fighting to protect the county you love. Standing up for Suffolk’s special qualities – its historic buildings, towns, villages and landscapes.’ These are the stated aims of the Suffolk Preservation Society.

“We are certainly not against change in itself – far from it. But we do believe that today in particular Suffolk faces an unprecedented coalition of forces that, unless directed and moderated by local communities, will result in a county that is not fit for those that live, work, take holidays or invest in our beautiful county.”

Reports of the A14 near Bury St Edmunds is crumbling away, revealing large potholes. Picture: GREGG BROWN

“Good growth, in itself, is something to be embraced along with the opportunities that it presents. However, at the society we are focused upon the relentless tide of monotonous and insipid housing that fails to respond to local distinctiveness and the cherished local scenes that make our county so special.

“We also seek to challenge the location of where new homes are built. The challenge is to develop where people want to be, close to their work, schools and all the other services and amenities that they need.

“To build homes that work well, look good do not contribute to climate change, and people are happy to call home.

A person has died and another is seriously injured in hospital after an 'explosion in a boiler room' on the Manhattan Bridge ship at the Port of Felixstowe.

“Sadly, we have a plague of standardised designs, resulting in bland ‘anywhere’ houses that are identical whether they are located in Suffolk or Surrey or Sussex. All too often they are far away from suitable public transport links and are therefore totally reliant on the use of a private car.

“In turn housing rapidly becomes defined by cars, where we park them and the highly engineered road layouts necessary to accommodate them.”

The society is also concerned about the future of energy generation which presents particular challenges for Suffolk.

“Suffolk is expected to shoulder such projects with insufficient consideration given to their environmental and community costs,” says Fiona.

A line of 6.3MW turbines at Galloper offshore wind farm off the Suffolk coast east of Felixstowe Picture: ALAN O'NEILL

“The absence of a co-ordinated and strategic approach to delivery, and the cumulative effects of multiple energy schemes along the Suffolk coast is one of the greatest threats that the county has seen since airfields became a defining feature of our landscape in the 1940s and the pylon lines that blight so much of our county were laid out in the 1950s.”

The county is host to a number of current and future nationally important energy infrastructure projects along the Suffolk coast.

These include the Scottish Power Renewables’ offshore wind turbine projects, which require the building of a substation at Friston and its associated network of transmission lines.

Then there is the proposed new nuclear power station at Sizewell C that will have a major impact, during both its construction and operational periods, on roads, communities and countryside.

The Suffolk coast has inspired many great works of fiction

Fiona says the SPS certainly recognises the importance and value of such projects, not least in terms of addressing climate change as well as job creation during their respective construction and operational phases.

“But the implications for this county’s most precious landscapes, especially those in the Suffolk Coast and Heaths AONB, must be fully understood, costed and mitigated.

“There is an urgent need for a co-ordinated government response to deliver the green energy we need without destroying Suffolk countryside for decades to come.

“While Suffolk must play its part in the challenge of climate change and the demand for green, clean energy, it must not be allowed to become, along with other counties in the East of England, the sacrificial lamb.”

Yet, in spite of these unprecedented challenges, the SPS is not at all defeatist. “As we set out in our manifesto for Suffolk, we believe that the worst excesses can be avoided,” says Fiona.

“Through smart campaigning, local communities have once-in-a-generation opportunities to enhance Suffolk’s villages, towns and landscapes for decades to come.

“We are investing more of our expert resources in supporting and advising not only local campaigners, but councillors, MPs, architects and, yes, whenever they wish, developers as well.

“The growth of Neighbourhood Plans in Suffolk is another reason to be cheerful – as long as the number continues to grow.

With its quaint seaside towns and stunning beaches, the Suffolk coast provides plenty of inspiration for authors

“These empower local communities by giving them a direct role in identifying – and therefore having an influence over where new developments are located in their towns and villages.

“The latest National Planning Policy Framework also gives even greater weight to these plans than previously, especially where borough and district councils have failed to identify a five-year housing land supply.

“In short, the challenges facing Suffolk have never been greater – but, in many respects, neither have the opportunities.

For John Dugmore, chief executive of Suffolk Chamber of Commerce, the voice of business in the county, balancing business and community needs will make Suffolk stronger.

“We believe that sustainable growth and the protection of what makes Suffolk so special are not mutually incompatible opposites,” he says.

“In fact, they are propelling Suffolk towards a bright future of increased growth, improving incomes and opportunities, within beautiful countryside and vibrant towns that are attractive to residents and tourists.”

Suffolk Chamber is made up of thousands of organisations from sole traders to major corporations, from every compass point in Suffolk and from every sector of its increasingly diverse local economy.

It’s a business landscape that has many strengths in growth sectors that are of national economic significance, including those in energy, agritech and the land-based economy, high-tech, including artificial intelligence, creative, ports and logistics and financial and professional services.

For the business community, loyalty to ‘place’, to their immediate area and Suffolk as a whole, is a given, says John, but it is also a profound strength as to how the county balances competing interests.

“Suffolk business leaders are keen advocates and practitioners of civic value. This includes being flexible and supportive employers, backing community projects with financial and in kind donations and speaking up for Suffolk to their clients, their supply chains and their wider networks across the country and beyond.

Save Our Sandlings group has been formed to fight Scottish Power's proposals to build a giant windfarm substation at Broom Covert, part of the Suffolk Coast and Heaths Area of Outstanding Natural Beauty.

“Most of the business leaders from Suffolk I meet are also resident in the county. I call Stowmarket home. And that makes a real difference as to how they view their roles.”

In order to reach their full potential, Suffolk businesses need a modern and integrated infrastructure that allows them to compete with the best and to offer working environments that attract and retain loyal and bright staff.

The chamber lobbies government and its various agencies for appropriate funding for projects which make it easier to move people and goods around and through the county, and which make it easier for businesses to build relationships with their clients, prospects and other stakeholders.

Suffolk Chamber has taken a lead in many of the most important campaigns, including those to upgrade the A14, a route of national significance carrying the majority of container traffic going into and out of the Port of Felixstowe. 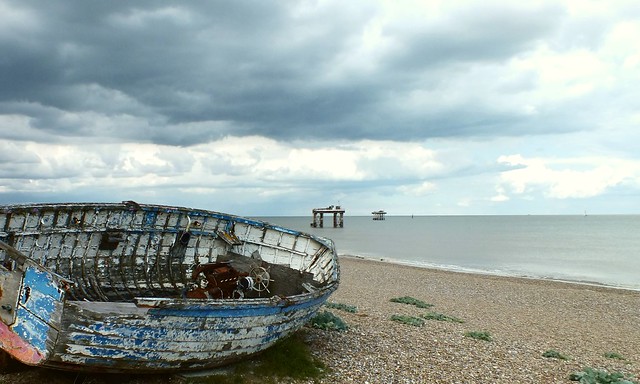 More than 40 per cent of all containers entering the UK arrive at Felixstowe and of these 70 per cent travel on the inadequate stretch of the A14 in Suffolk onwards to the Midlands Engine and the Northern Powerhouse, says John.

“At the moment the various A14 pinch points, even without the Orwell Bridge closing – and improvements to when and how that happens is another Suffolk Chamber campaign – cause regular problems, forcing many vehicles onto alternative routes, frequently through residential areas in our towns and villages.

“And that point is key. Well evidenced, well consulted, infrastructural improvements will have a direct benefit to communities and help conserve our currently threatened natural landscapes and settlements.”

Suffolk Chamber is also campaigning for improvements to the rail lines that criss-cross the county and wants to see more freight being carried by rail. 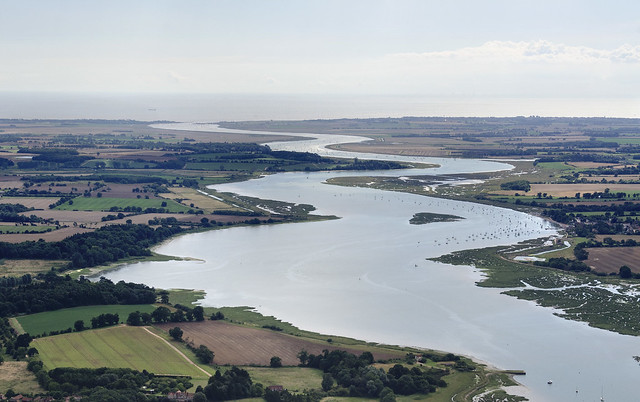 “East-west links are of equal importance to North-South ones, not only for Suffolk, but also for the UK’s economy, of which Suffolk acts as a gateway.”

Suffolk Chamber also believes that its campaigns and those of its partners to improve broadband and 4G mobile will be good for the environment and good for social cohesion as commuting and business journeys can be reduced.

Furthermore, the chamber is collaborating with Public Health Suffolk in a unique project aimed at helping local businesses to help their staff improve their mental and physical health and wellbeing.

The Improving Workplace Health scheme seeks to not only reduce absenteeism and boost productivity, but to make Suffolk the best place to live and work.