Don’t tell anyone about these secret spots in Suffolk. From off-the-beaten-path locations to hidden historical curiosities, we’ve rounded up some of the weird and wonderful places to visit in the county

*Please note that the following information is based on pre-lockdown times and many of them will be closed during this time. Please check online or call ahead before visiting to avoid disappointment.

This secret garden is only open for a small window during the year, so make sure to plan your visit meticulously. You don’t want to miss Suffolk’s very own jungle.

There are palms and other exotic plants for sale when you visit so clear space in your car boot. 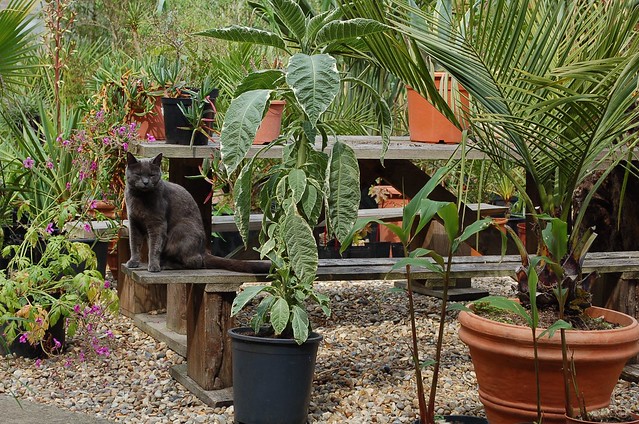 The unusual coastal landscape at Dunwich Heath in the Suffolk Coast & Heaths Area of Natural Beauty makes for an atypical beach day because of its fascinating grass dunes and striking pink and purple heather.

Adjacent to RSPB Minsmere, this is also an area of interest for its birds and fauna as well as unique landscape. Animals including red deer, muntjacs, adders, slowworms, lizards and emperor moths and birds such as stonechats and nightjars can all be spotted in the heath, so bring a pair of binoculars. 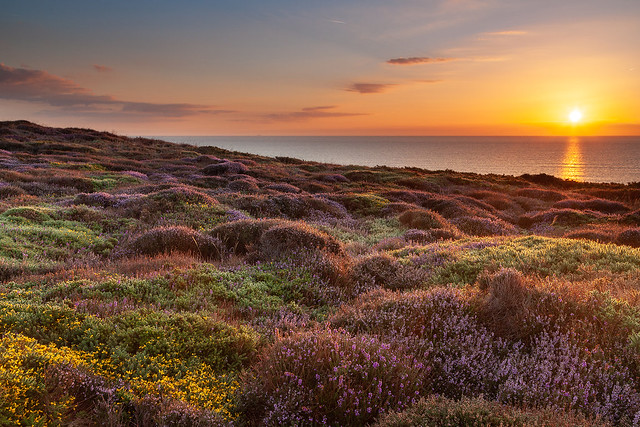 With a fortress of some kind on the site since 1540, this historical place is one that lovers of the past will enjoy discovering.

Sitting at the mouth of the River Orwell, the striking pentagonal building has a large courtyard in the centre and it is open for visitors at times throughout the year. Visitors can also enjoy the John Bradfield Viewing Area with beautiful views across the river and beyond. 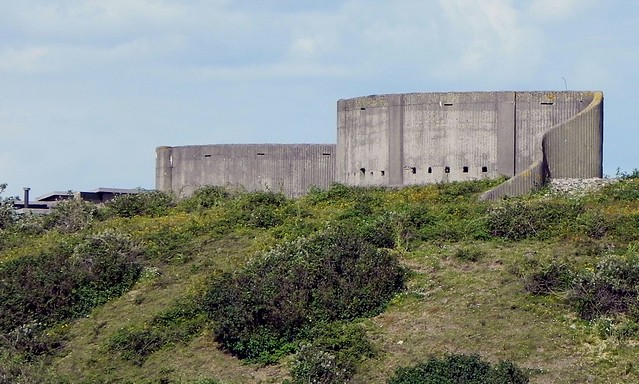 • House in the Clouds

For a night away with a difference in Suffolk, visit the House in the Clouds, a towering holiday home that’s kitted out with beautiful rooms and all the amenities of a hotel and set in one acre of private grounds.

Book on the website for a seaside escape in Thorpeness. 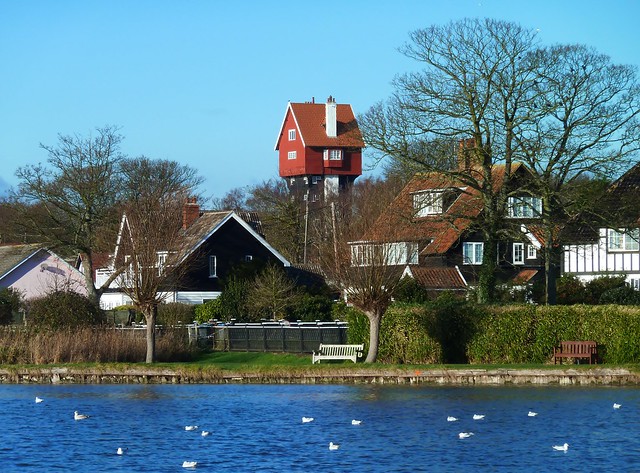 The Martello Towers were built in the early 19th century in Felixstowe as a first line of defence against French invasions led by Napoleon. They later became signal stations during WWI and finally the ‘P’ tower is a station for the National Coastwatch Institution.

Eight were built but only five remain and are dotted along the coastline at Felixstowe. 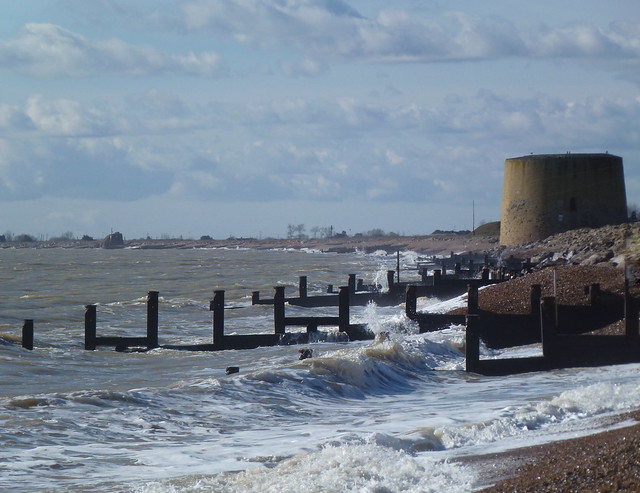 Is this technically Suffolk? The Principality of Sealand lies 12 kilometres off the Suffolk coast and is the disused HM Fort Roughs which was one of the WWII defences known as Maunsell Forts.

It was first occupied in 1965 on behalf of a pirate radio station, then in 1967, Major Paddy Roy Bates took over, saw them off and dubbed the Principality of Sealand. 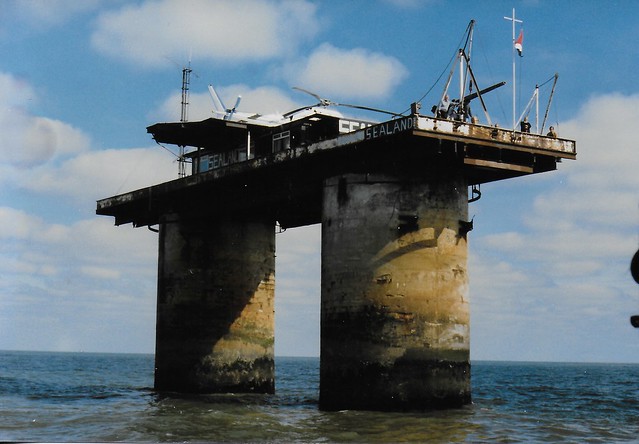 Here be dragons! Created for Queen Elizabeth II’s Diamond Jubilee, the Bures Dragon was carved into the chalk hills on the border of Suffolk and Essex.

There is a local legend that goes back over 600 years: In 1405, there was accounts that a huge scaly beast, the Bures Dragon, was spotted by lots of villagers. So beware when visiting, or you could end up as a pile of ashes. 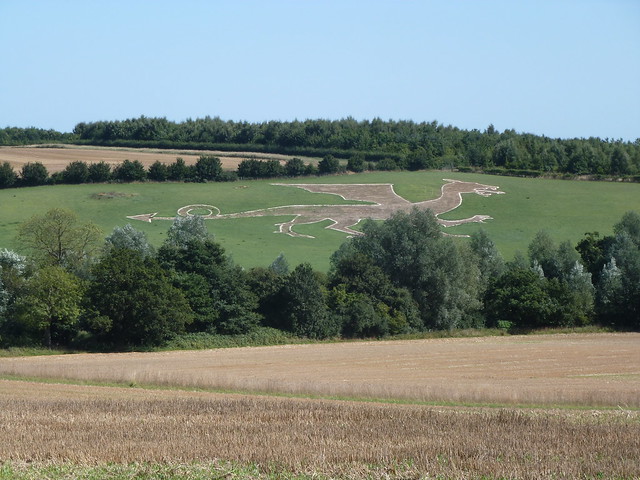 Squeeze into what is thought to be the smallest pub in the country. The Nutshell in Bury St Edmunds is a gem in the heart of the town with some unusual secrets within.

There are various historical memorabilia dotted around the pub and the (reportedly haunted) mummified corpse of a cat hanging from the ceiling. 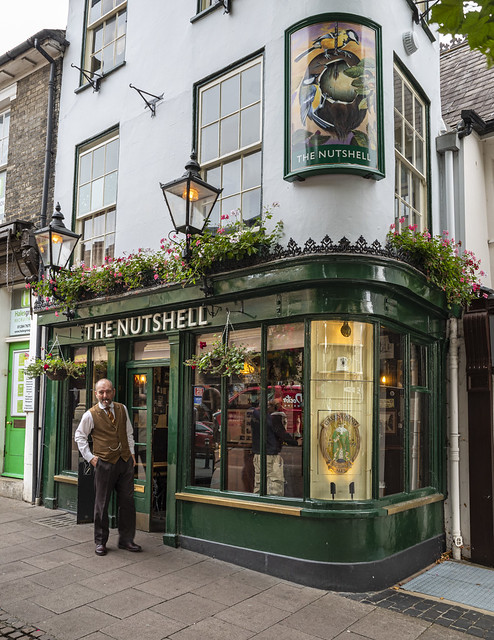 A world’s first for Suffolk: the first internet-enabled park bench. Located in Bury St Edmunds, this bench was installed on 6th August 2001 as a collaborative project by MSN and the St Edmundsbury Borough Council which was selected from a host of towns who applied.

There were modem jacks to plug laptops into at the bench but these have been deactivated as the ubiquitous smart phone and WiFi took over. The bench holds a place in the Guinness World Records as the “oldest internet bench”. 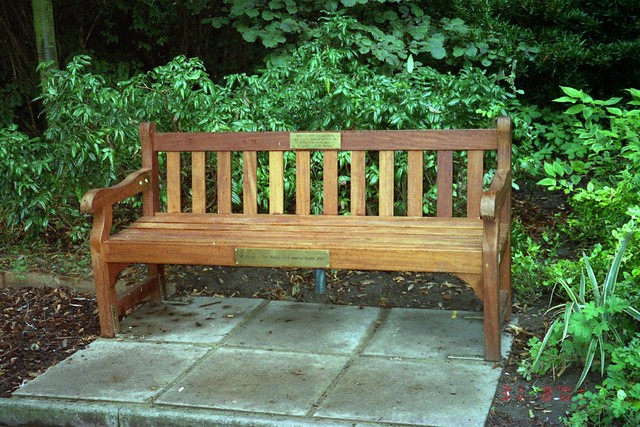 The Tattingstone Wonder was constructed by someone who would be described contemporarily as somewhat of a diva, Edward White, the squire of Tattingstone.

In 1790, he decided that he didn’t like how two particular cottages, when viewed from Tattingstone Place, looked so he constructed a third cottage and added a tower and flint façade to make the entire structure resemble a church. The folly can still be visited today, with the rear view clearly showing the fake church additions. 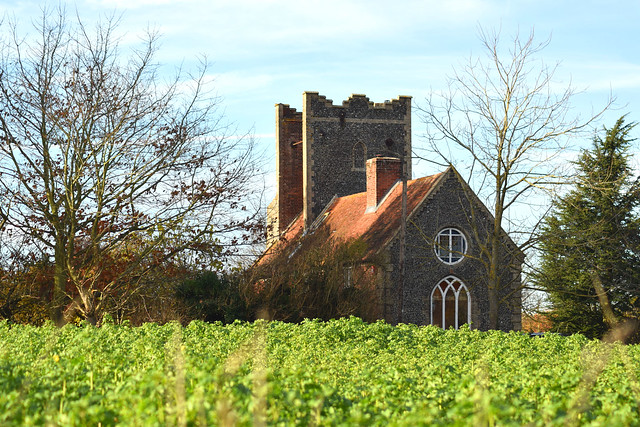 This old Victorian chemist shop in Lowestoft is nearly two centuries old and was open when opium and cocaine were still prescribed for pain relief. It was still used as a chemist up until 2012 when it closed, but thankfully in March 2019, it was added as a Grade II listed building so its historical features will be preserved indefinitely.

Its attractive green exterior is an iconic sight in Lowestoft and definitely worth a visit (and a peek through the window?), and there are lots of fixtures and fittings throughout the old shop which date from various stages throughout its history as far back as the Victorian times. 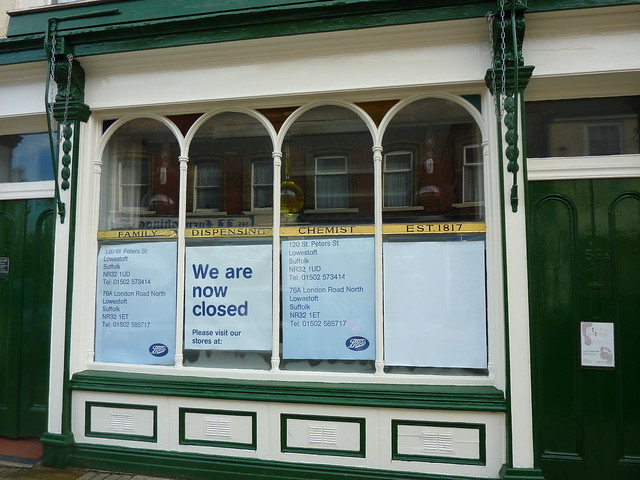 Clare Castle isn’t exactly hidden, as its remaining ruins are visible at the top of its tall motte in a public park in the eponymous market town. It is a Grade II* listed building and was originally built in 1066 by Richard Fitz Gilbert and was the household of Elizabeth de Clare, one of the country’s wealthiest women at the time – but it is now home to something else.

What might be more unusual about the castle is its winged inhabitants. Take a walk at dusk and you can spot the resident bats flying around the park grounds. This is a unique way to enjoy the majestic history of this ancient place. 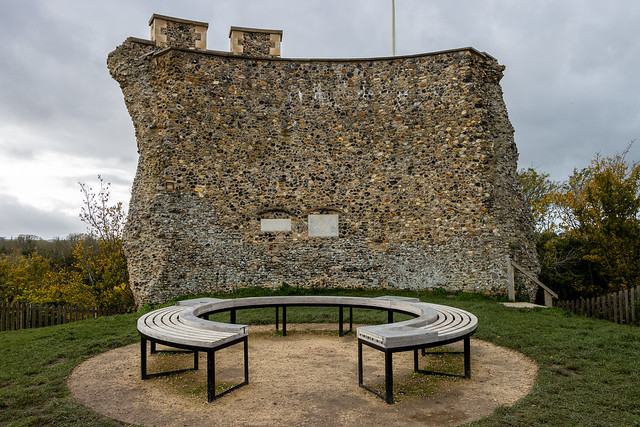 Anyone who’s visited the beautiful village of Lavenham will know that it is home to some wonderfully colourful old buildings. It is known as one of the best preserved medieval villages in England.

Little Hall on the main square was a hall house that dates way back to the 1390s. It’s now a museum and contains the Gayer-Anderson picture collection which can be perused at leisure by visitors.

The De Vere House is a charmingly wonky 14th century house that is packed with history which you can now book to stay when visiting as it has been transformed into luxury bed and breakfast accommodation. Its charms haven’t gone unnoticed as it was used in the film Harry Potter and the Deathly Hallows as the home of Harry Potter’s parents.

In a remote and unlikely spot in the Suffolk countryside near Halesworth is the Oasis Camel Park, a haven for camels, llamas and alpacas alongside other animals including donkeys, wallabies, goats, sheep, emus, meerkats, exotic birds and lots more. The park is keen to point out that the park is an “off the beaten track” and “natural countryside” experience, avoiding the commercialisation of modern day theme parks.

Visit the website for details on the open season, visitor information and where to book tickets.