19 of the best free things to do in Suffolk

A day out in Suffolk doesn’t have to break the bank. We’ve compiled this list of 19 places to visit and things to do that won’t be charging an admission fee

A place of worship has existed here since the 11th century and gradually the site has been expanded to the grand cathedral we know today. The most considerable additions have come since it was confirmed as a cathedral in 1914 with new cloisters, chapels and, perhaps most notably, the Millennium Tower being constructed.

You are welcome to walk around the cathedral and admire its various intricacies while they also have a busy events programme open to all. Guided tours of the main areas and up into the tower are available but these cost £5 and £12 respectively. 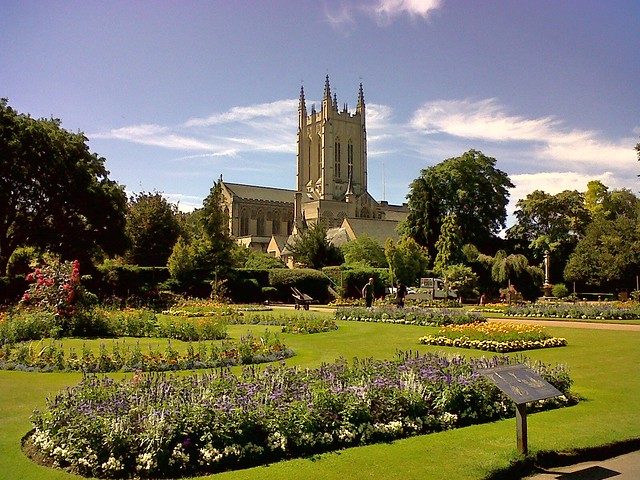 Named after the lifeboat that served Southwold from 1893 to 1918 - saving 47 lives in that period - this museum near Southwold Harbour is brimming with items that bring local history to life and tell the stories of the crew that operated the boat.

The site is run by museum curator Frank Upcraft and a team of volunteers so any donations to its day-to-day running or planned extension are greatly appreciated by the museum. With so much of our county's heritage under threat, it is vital we support projects like this that so meticulously track the area's maritime history. 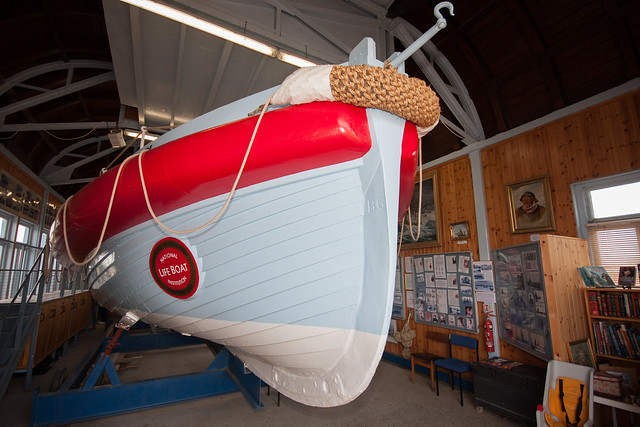 Ask someone from outside Suffolk what our county is best known for and the first thing they'll likely mention is Ed Sheeran. But this will probably be followed by our wonderfully diverse coast.

Many of Suffolk's coastal vistas are also often complemented by a pier and the ones at Shotley, Felixstowe, Southwold and the pair at Lowestoft - South Pier and Claremont Pier - are great for a short stroll and some light entertainment. 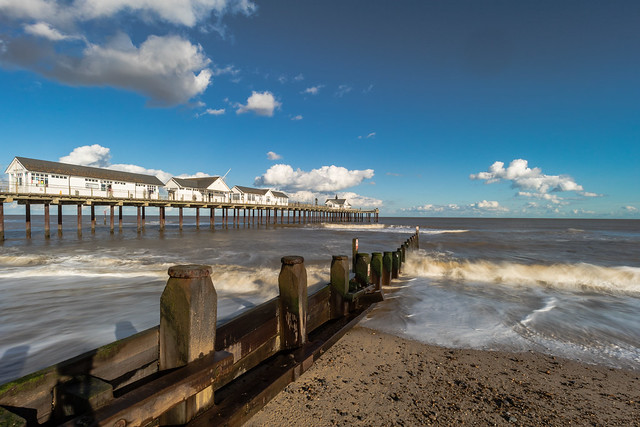 Although not quite as well known as Framlingham Castle and Suffolk's many other medieval fortifications, Bungay Castle has a rich and complex history that's closely linked to the power struggles between powerful Norman families following William's conquest in 1066.

By 1382 the castle had been unoccupied for extended periods of time and had fallen into ruin with the Bigod family preferring to inhabit the castle at Framlingham. After 1934 the castle was extensively excavated to reveal features which had been hidden over time and today you can explore the whole historic area for free. 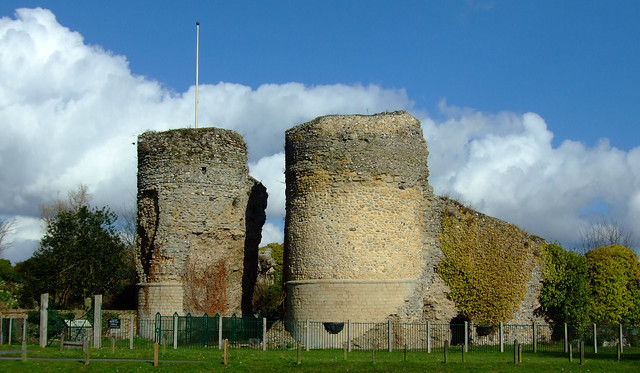 Located within Christchurch Park - one of the county's best known parks - this Tudor mansion has a history going back half a millennium. Felix Thornley Cobbold - a banker and politician from the noted brewing family - had always wanted to create a public museum and gallery and this wish was fulfilled in 1895 when he presented the property to the Ipswich Corporation.

The gallery created is the Wolsey Art Gallery which houses the largest collection of Thomas Gainsborough and John Constable paintings outside of London. For an in-depth insight into the mansion's heritage, book onto one of the tours run by the Friends of Ipswich Museums. 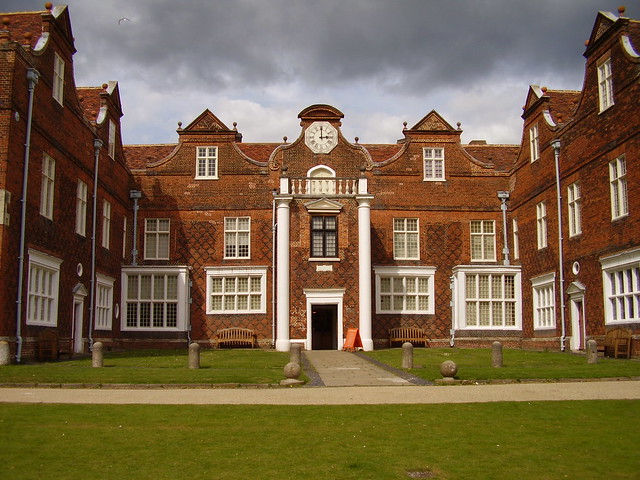 In the shadow of St Edmundsbury Cathedral lies the remains of what used to be one of the most powerful Benedictine monasteries in England. Alongside a visit to the Greene King Brewery and The Nutshell - Britain's smallest pub - a stroll around the abbey should top most agendas when visiting the town.

After the abbey was surrendered to King Henry VIII it was mostly stripped of its usable building material with only the Great Gate, Norman Tower and abbot's palace largely surviving unscathed.

In late December 1980 a number of USAF personnel in the forest near RAF Woodbridge saw a series of unexplained lights, giving life to what would soon become one of the most heavily analysed UFO incidents in the world.

The UFO Trail - an easy three-mile walk perfect for families - pays tribute to those sightings and goes through some of the areas that were part of the investigation. There's even a mock UFO to discover somewhere along the route. Click here to check out more of Suffolk's best woodland walks. 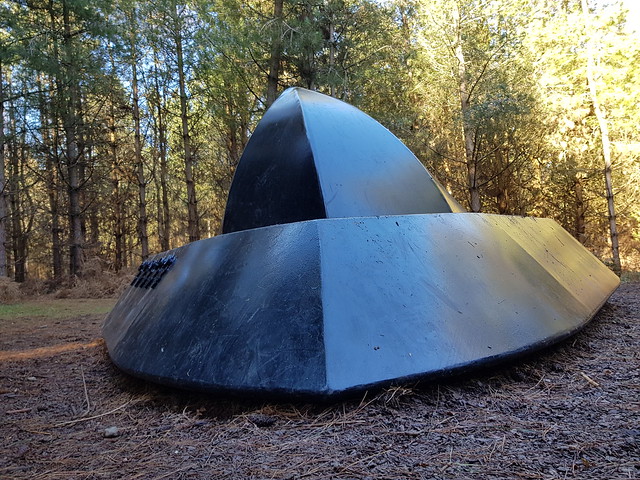 As the name suggests, the remains of this 11th century castle sit within Clare Castle Country Park, a protected area created following the closure of a stretch of the Great Eastern Railway. That particular part of the railway was also only opened after a new station was built through the castle, destroying most of the inner bailey.

There are now lots of walks going through the country park and heading up to what's left of the castle gives fantastic views over Clare and the bodies of water that were formerly used as a moat for the fortification. 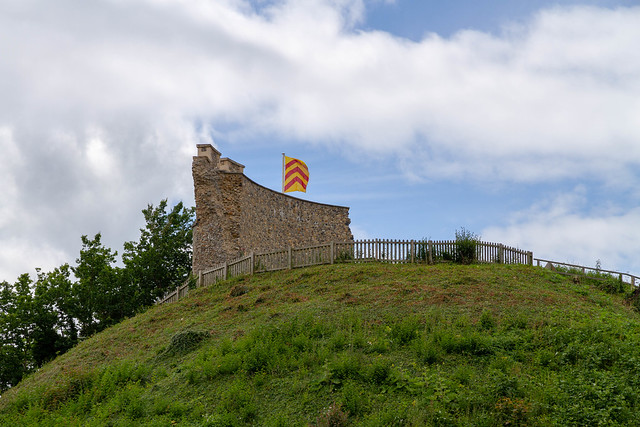 We've already mentioned Clare Castle Country Park but there are numerous other green areas throughout the county that give you an escape from the rat race, provide an abundance of flora to admire and allow the kids lots of room to run and explore.

These include Nowton Park and the Abbey Gardens in Bury St Edmunds, Felixstowe Seafront Gardens and Kensington Gardens on the coast, Christchurch Park in Ipswich, Flatford Wildlife Garden and Brandon Country Park to name just a few. 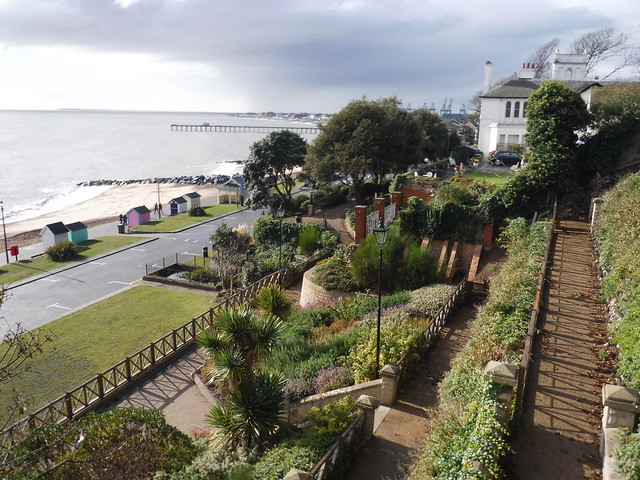 Known as "The Gateway to the Broads", Oulton Broad is just a mile out of the centre of Lowestoft and has a range of activities to keep you and the family occupied for a whole day out no matter what time of the year you visit.

Spend time exploring everything in the Edwardian Nicholas Everitt Park, enjoy a bite to eat while looking out to the water or take an extended walk out to Carlton Marshes, one of Suffolk Wildlife Trust's many nature reserves in the Waveney Valley. 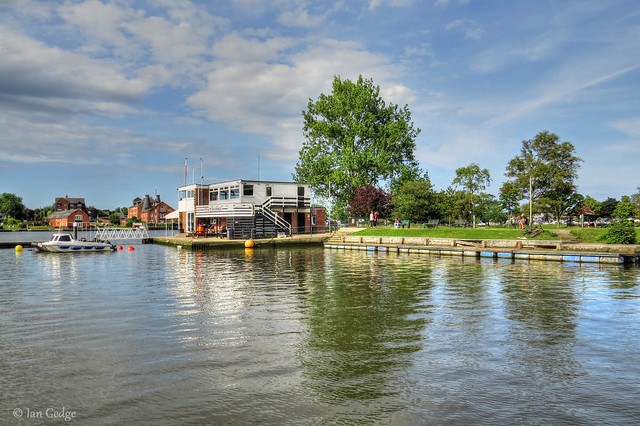 Some top places to eat and drink:

Fish and chips in Suffolk

Although only open between April and October and on weekends in March, this small museum tells the story of how a once flourishing port was gradually consumed by the encroaching North Sea waters.

Today Dunwich is a quaint coastal village on one of the most diverse parts of Suffolk's coast and a visit to the museum is a must when you're in the area. Donations are welcome or you could purchase something from the shop to support its ongoing work. 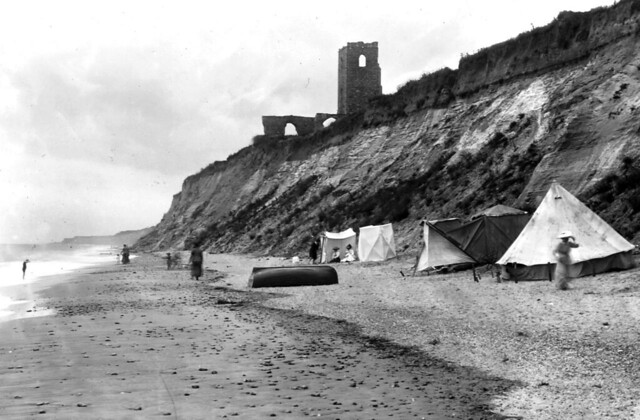 This museum first opened in 1881 and since then it has been providing the public a fascinating insight into the natural world and how individuals from Suffolk played a role in advancing study in the field.

As well as all the permanent exhibits - including the Rendlesham archaeology collections, The Ipswich Story and the Victorian Natural History Gallery - there are a number of special events which can be found through the link above. 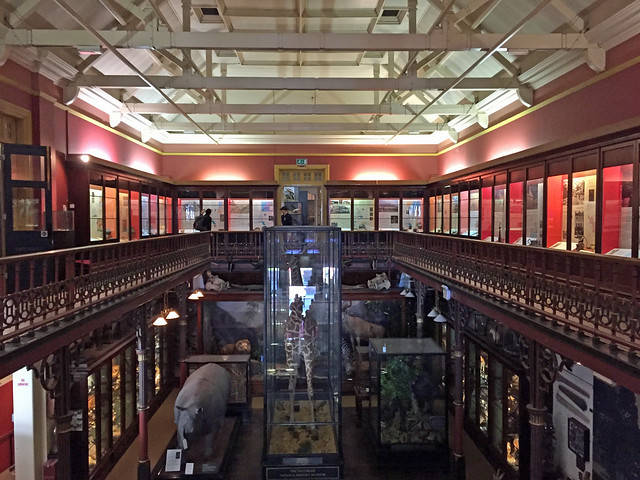 Get yourself down to the countryside on the banks of the River Orwell to find a farm shop, restaurant and events location that celebrates the food and drink producers who make Suffolk such an enviable foodie county.

The area in the shadow of the Orwell Bridge is also great for a walk. We would recommend stretching your legs by the river, before or after picking up an item or two that you can be sure has been produced within miles of the shop. 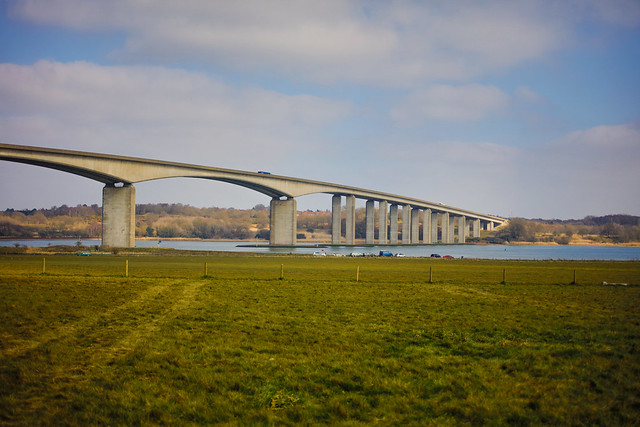 14) Martello Towers along the coast

If you've ever taken a stroll along the Suffolk coast there's a very good chance you've seen at least one of these mini forts that were first constructed in the 19th century in preparation for an invasion from the North Sea.

Today the towers have a variety of functions - you can even stay in one near Bawdsey - yet all serve as a reminder of the threat we formerly faced from mainland Europe. Other towers can be found at Felixstowe, Alderton and Aldeburgh. 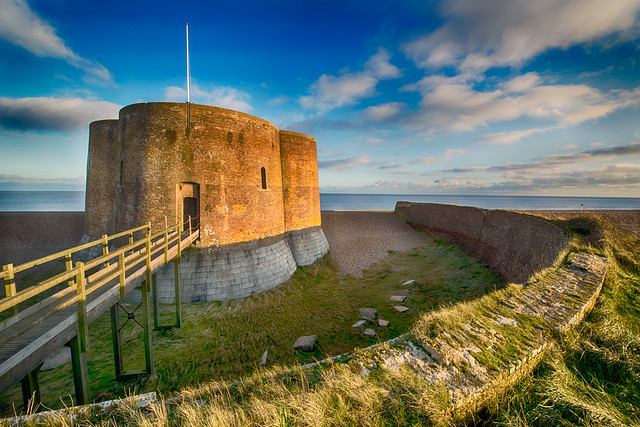 Whether it's through the Suffolk Wildlife Trust, National Trust, RSPB, English Heritage or any other local initiatives, our county's natural areas are closely protected for future generations to enjoy.

Our thorough breakdown of Suffolk's nature reserves takes you to the coast, the Heart of Suffolk, Waveney Valley, The Brecks, Lark Valley and Dedham Vale AONB. 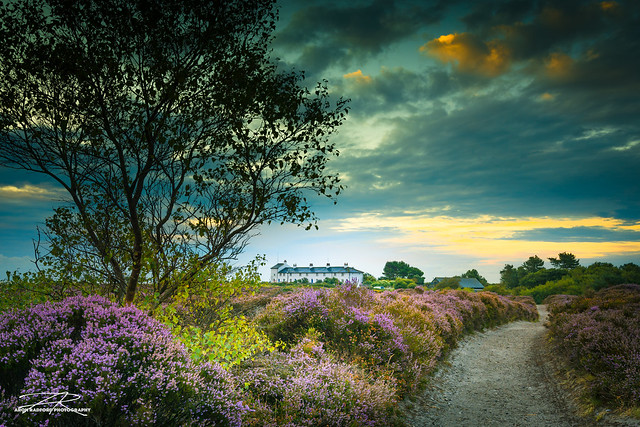 More places to go on the Suffolk Coast:

Coastal towns and villages in Suffolk

Voted as Suffolk Museum of the Year in 2016, there's an awful lot packed within the walls of this small independent museum.

The long, turbulent history of this corner of the county is told through a range of objects, paintings and models right from evidence of the Viking occupation to the 20th century transformation of the town from fishing community to thriving seaside retreat. 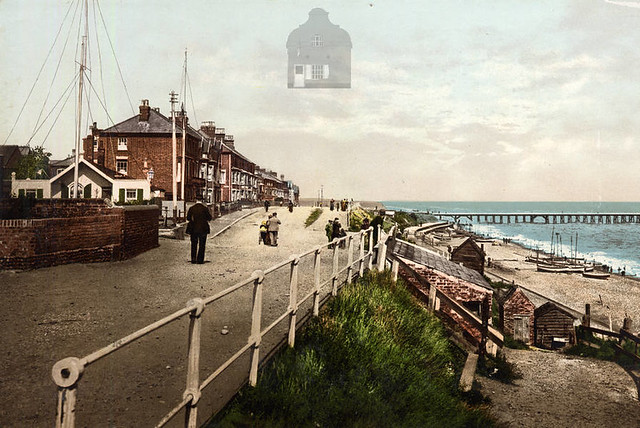 As one of the flattest counties in England - our highest point is Great Wood Hill at just 128m - Suffolk is great for some easy routes to be taken on two wheels.

There are a number of walks at various lengths through the link above but if you're feeling fit and ambitious you could take the 88-mile Suffolk Coastal Cycle Route. The trail takes you on quiet roads from Felixstowe to Dunwich while also looping inland to Framlingham and Woodbridge. 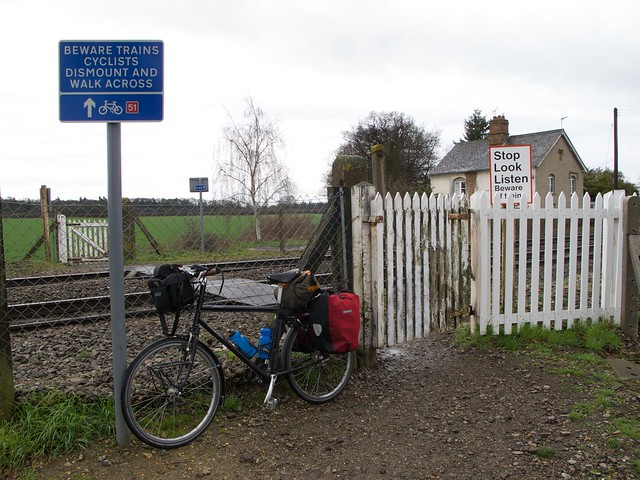 Walking, cycling, fishing and birdwatching are all on the agenda when you spend a day at this wonderful natural area located south of Ipswich.

Starting from the visitors centre - where there is also a picnic site and children's play area - you can trace the water's edge on a walk or cycle with the occasional opportunity to nip off the trail into woodland or a glorious wildflower meadow. 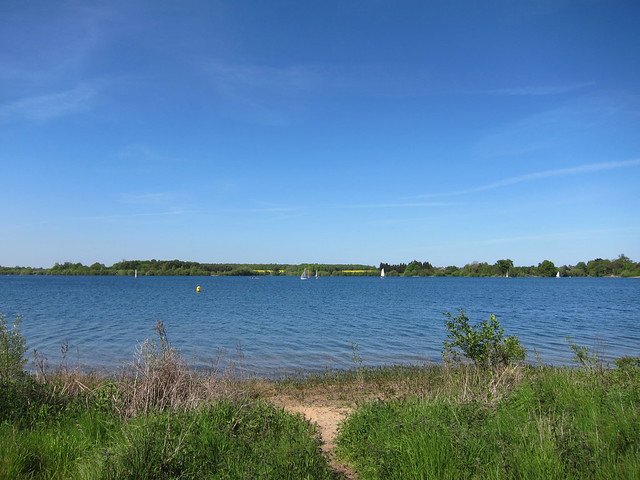 The eastern counties have a rich and extensive aviation heritage with the likes of Suffolk and Norfolk being particularly useful positions as flying became an increasingly important part of warfare.

This left such counties with an abundance of aviation infrastructure and civil operations thrived post-WWII as a result. This heritage has been honoured since 1976 when the museum first opened and since then its collection of aircraft and related paraphernalia has grown considerably. 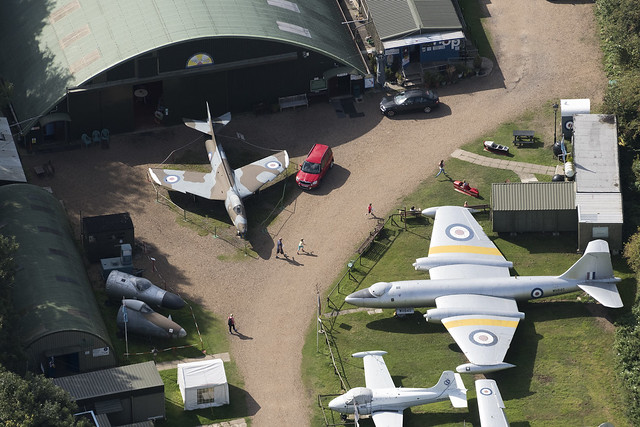