The UK is home to a wide collection of glorious beaches and while most people focus on Cornwall or Devon, many of them are right here in Suffolk. We pick 13 beaches that you’ll love whatever the season

This beautiful sandy beach is situated in an area of Suffolk known as the "Sunrise Coast", a cluster of seaside resort towns renowned for their blue flag beaches and breathtaking scenery.

On a hot summer's day this beach rivals anywhere in the Mediterranean with crystal blue water and its huge expanse of luscious golden sands. The water quality here is excellent and there are an abundance of activities available such as snorkelling, jet skiing, surfing and fishing.

Sadly, dogs are banned from the beach from the start of May to the end of September but are free to use it for the rest of the year. 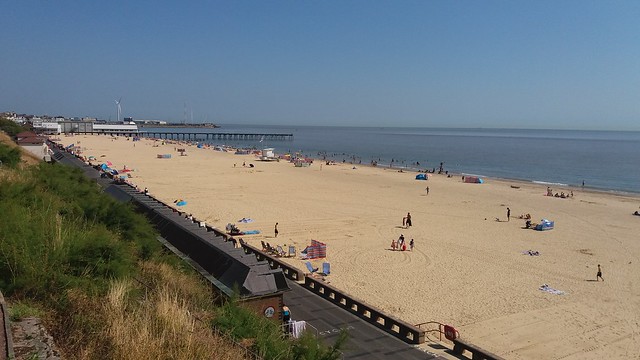 A peaceful, picturesque shingle and sand beach that's perfect for a stroll in any weather. Denes Beach is backed by marshes with Southwold to one side and the mouth of the River Blyth on the other, making for an excellent mix of spectacular scenery. What's more there aren't any dog restrictions so you're free to take the pooch along with you and watch them leap through the waves.

If you're feeling romantic or you're a bit of an early bird this beach is the ideal spot for watching the sunset: take a picnic and sit back and enjoy. 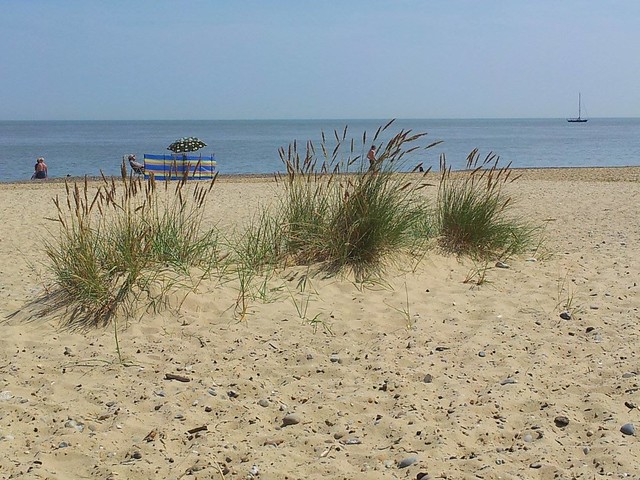 Arguably one of Suffolk's best known beaches, this sand and shingle paradise backs onto the charming seaside town of Aldeburgh and the pretty blues, yellows and pinks of the seafront houses adds to the character and quirkiness of the area.

Aldeburgh is known for its strong connection to arts and culture, much of which can be seen on the beach itself. Perhaps most notably is 'The Scallop', a 15-foott tall stainless steel scallop designed by Suffolk-based artist Maggie Hambling in honour of Benjamin Britten who used to walk along the beach. For when you start to get peckish the town also boasts some of the best fish & chips on the East Coast. 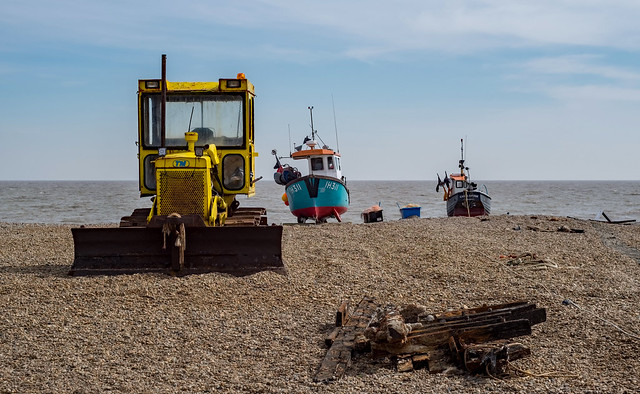 One for nature lovers, this picturesque little beach is just a short walk from Southwold. Backed by sand-dunes there are plenty of spots to nestle down and enjoy a picnic, catch a few rays on a sunny day, or simply lie back and watch the waves roll in.

Walberswick Beach is bordered on both sides by the Walberswick Nature Reserve and a meander in either direction which will take you past stunning marsh and heathland. It is dog-friendly, making it a terrific spot for a long walk on a weekend, savouring the peace with sea on one side and marsh land on the other. The village itself has a very olde worlde feel and is full of pretty sights. It is also known as the "home of British crabbing" so don't forget your line and bait. 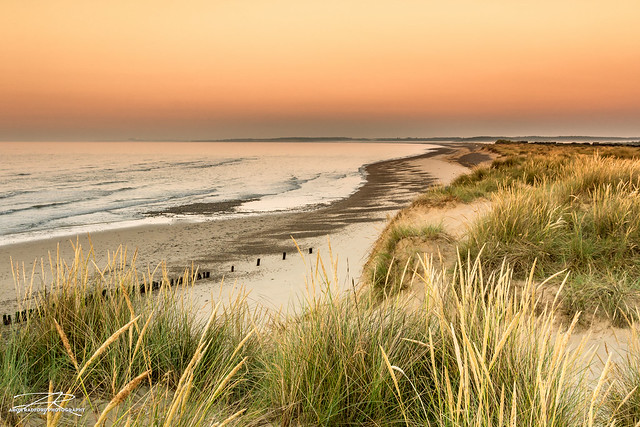 Some more places to go on the Suffolk Coast:

Coastal towns and villages in Suffolk

Dunwich Beach is a haven for wildlife. Owned and maintained by the National Trust, it was once a thriving sea port but as time went on it was gradually reclaimed by the sea. Today, almost none of the town is left except for a seemingly endless expanse of beautiful shingle.

The beach itself is tucked away between the break of two cliffs opening out at the end of the road - a truly wonderful site to behold. Dunwich Heath runs parallel to the beach and much of the area's coastline and as such there is an abundance of wildlife in the area making it an ideal location for nature enthusiasts. If the weather isn't great, the Trust owns a charming tearoom which is a great spot to take a break and warm up. 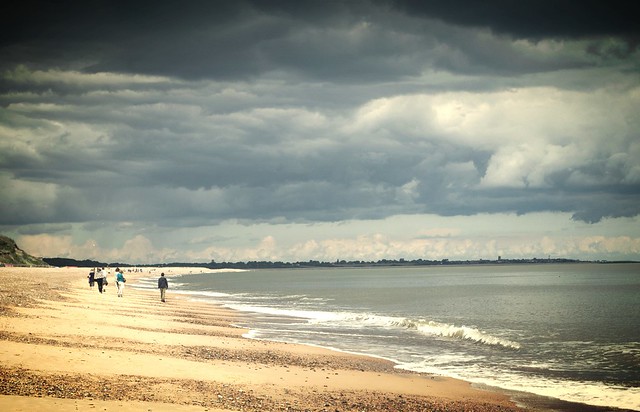 Just north of Aldeburgh, Thorpeness is the quintessential English beach village. It is well known for its tourism being home to a large golf course and the huge boating lake known as The Mere. The beach itself is a steep shelf of shingle that leads down to a bank of sand at low tide. Similar to Aldeburgh the beachfront is lined with brightly coloured properties.

The beach is dog-friendly and has a decent number of cafés, restaurants and shops nearby while it's also a very good location for fishing. 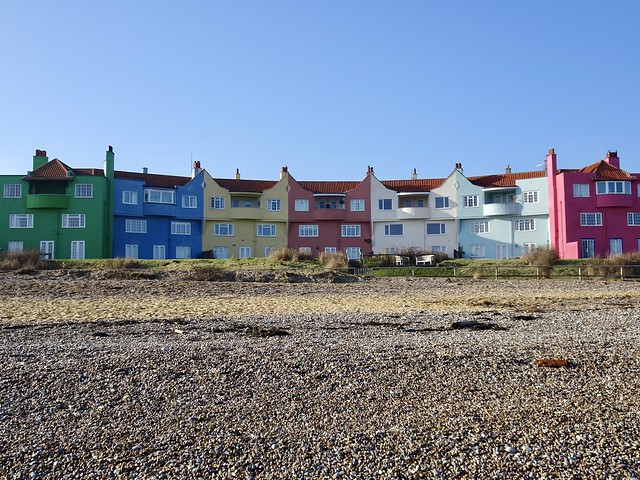 Stretching from Covehithe Broad to Benacre Broad, Covehithe Beach is eerily beautiful with salt worn tree trunks - left from the gradual erosion over the years - lieing on the shore line. Enjoying views of Southwold and its long pier reaching out into sea, the crumbling cliff path, nesting birds and the smell of vegetation drifting in the sea breeze, Covehithe is Suffolk's best kept secret. It can only be reached on foot or bike via a footpath just before the church.

A much quieter beach than some of the others on this list, you can marvel at the remains of St Andrews Church, or simply stroll along the shoreline amongst the sculpture-like tree stumps. The beauty of Covehithe lies in its decay, each year a little bit more is lost to erosion, so we treasure it all the more. 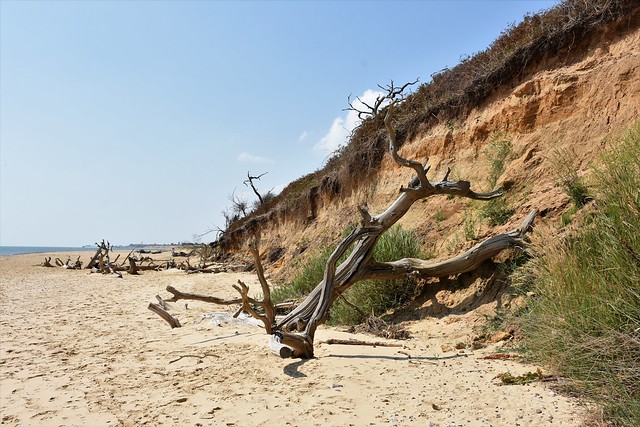 A real Suffolk gem that many are still yet to discover, Kessingland Beach is miles and miles of unspoilt natural beauty. It has a perfect mix of sand, shingle and marsh stretching off into the distance with Lowestoft to the North and Southwold to the South.

The wide open, spacious vistas make Kessingland a wonderful spot for a walk. Plus it's pet friendly so the dog can come too! 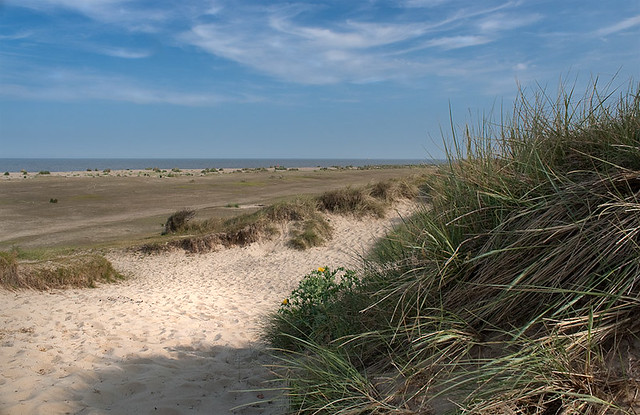 Felixstowe is well regarded as a popular family beach due to its various seaside attractions. These include Manning's Amusement Park, the Promenade and the Seafront Gardens which are all perfect for some family fun and entertainment.

The beach itself is a mix of sand and shingle that slopes down into a nicely sheltered bay that's great for surfing, sailing and windsurfing. With the Promenade being so close there's abundance of wonderful cafés and eateries to choose from such as Café Bencotto and The Alex. 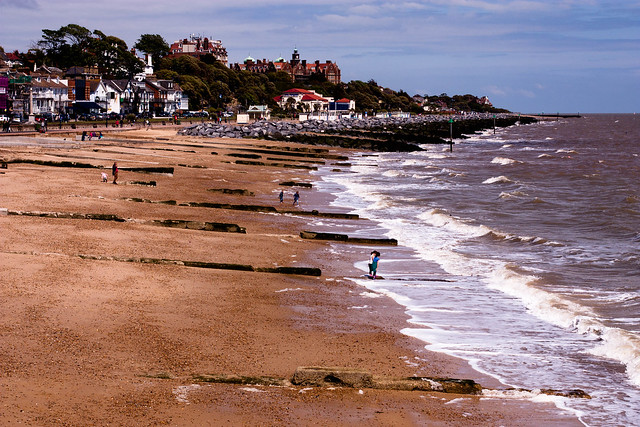 Other things to do in Suffolk:

Bawdsey is likely best known for the manor and the developments of radar that were so crucial in winning WWII but the beach here is also well worth a visit, especially for those who enjoy the occasional beachcomb.

It is a fine example of a shingle beach and so provides many opportunities to uncover shells, pebbles and shards of sea glass that have been shaped by the forces of the Suffolk coast. The beach is also just a short walk away from Bawdsey Quay, yet another of the county's many stunning coastal spots. 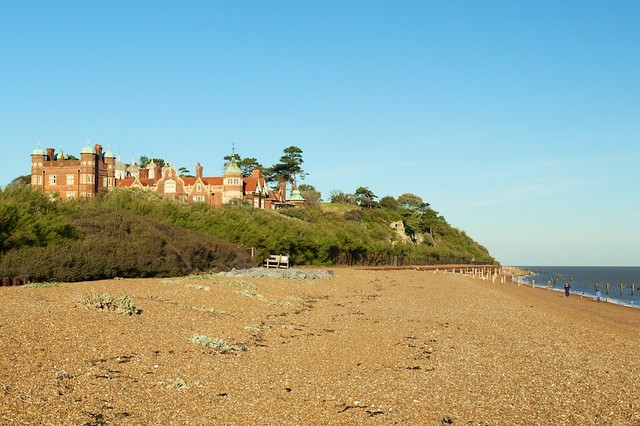 The few properties that make up this hamlet enjoy views out over the North Sea and an area of shingle beach that is one of Suffolk's most photographed locations. The Coastguard Cottages are often part of the scene that photographers seek to capture and these properties are available for you to stay in through Suffolk Secrets.

Shingle Street was also rumoured to have been the site of an attempted German invasion during WWII, although this has since been largely written off as wartime propaganda. The area was evacuated during the war and later used for munitions testing, with residents only returning once all mines were cleared in the late 1940s. 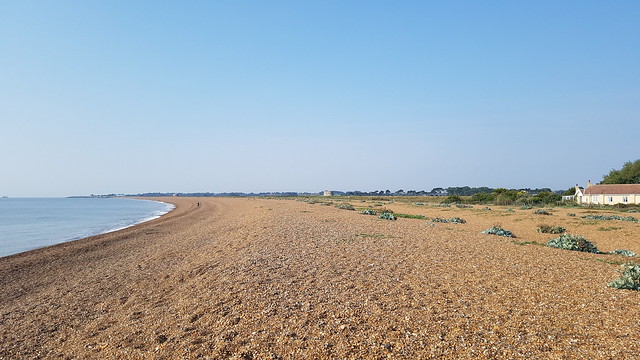 Just down the coast from Shingle Street is this magnificent national nature reserve that's thought to be the largest shingle spit in Europe. Similarly to Shingle Street, the area has a complex and fascinating military history as it has been used as an important defensive position in naval wars with Napoleon, a WWI airfield and a weapons testing site after 1945.

After taking the boat over to the reserve - tickets for which are only sold on the day so arrive early - make your way over to where the shingle meets the sea, a spot seriously threatened by coastal erosion. The lighthouse here is particularly under threat and a few years down the line there's a good chance it will be consumed by the sea. 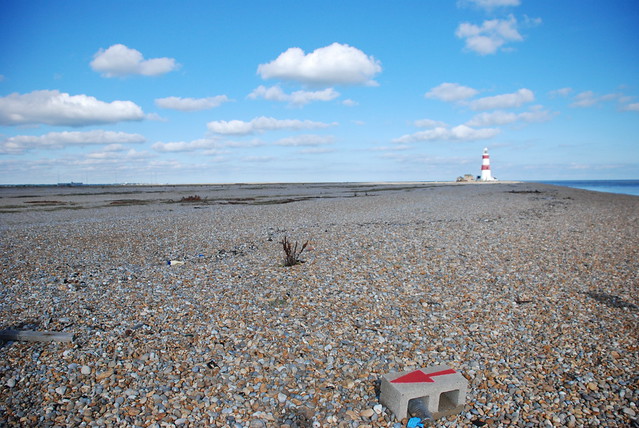 Backed by the distinctive Sizewell nuclear power stations and located near the renowned RSPB Minsmere, the beach here is a combination of shingle near the water's edge and sand dunes further inland.

Back in the 17th century the beach was a prolific spot for smuggling with illicit goods being transported through tunnels dug underneath the soft soil between Leiston and Sizewell village. Activities from the beach nowadays are all strictly legal with several fishing vessels regularly operating while walkers take a gentle stroll. 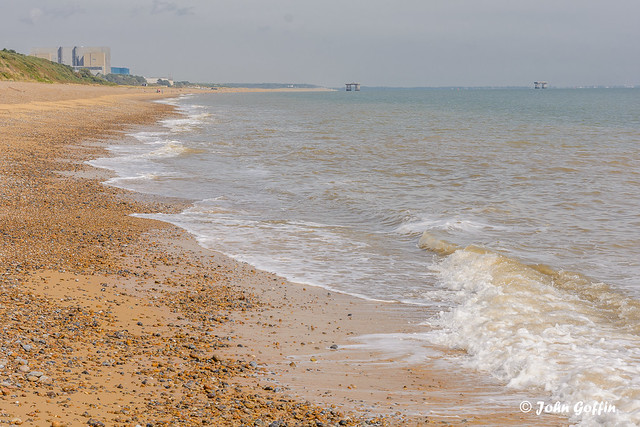